Guess what? Some of the things you’re doing to save money may actually be causing you to waste it! I’m not talking a few extra pennies here and there, either. I’m talking hundreds of dollars a year! Read on to find out what they are and what to do instead. 10 Ways You’re Totally Wasting Money Without Even Realizing It

As you scan down the list, I’m betting a few will make you say, “Wow, she’s freaking crazy! How is THAT a waste of money???” Just read, give me a chance to explain, and you’ll find out. 😀

FYI, this post contains a few affiliate links. If you make a purchase through them, I get a small commission at no extra charge to you. I’m not saying you should never shop at discount stores like Big Lots and Dollar General (I love both of them for certain things), just be aware that some items aren’t really the best bargain.

For example, Big Lots has awesome cheap dog toys and decently priced cleaning supplies, but their refrigerated and frozen food section is almost always more expensive than the grocery store.

If you’re doing a lot of your shopping at discount stores, just make sure you’re comparing the prices to other local stores. I added up the money that I wasted on things that I thought were cheaper simply because they were sold at a “discount” store and it was kind of nauseating.

Amazon Prime is pretty awesome when you use it right but if you’re only using it because you want “free” shipping and you’re not buying a whole lot of stuff throughout the year, then you’re actually throwing money away.

First, that shipping isn’t “free” so much as “prepaid,” since it’s part of your membership fee.  Second, you need to make sure you’re actually using it often enough to make it worthwhile. It’s not worth it if you just buy one thing a month, unless that one thing costs $10+ to ship.

Basically, make sure you milk your Prime Benefits to make every last penny worthwhile. For example:

Another tip: if you have an EBT or Medicaid card, you can get discounted Prime. Unfortunately, it doesn’t allow you to share it with other household members the way regular Prime does, but the rest of the benefits are the same.

3. Paying for multiple streaming services that you rarely use

In addition to Amazon Prime Video, I also pay for Hulu (NoAds plan), Netflix, and Crunchyroll (for my son). For a couple of months I was also paying for Shudder (because I forgot to cancel it after my son insisted he needed it and never watched it).

That’s four (and sometimes more) streaming plans for two people (Jake and I are the only regular users). Even we can’t watch THAT much TV! Rather than paying month after month for multiple streaming services, try to “schedule” your TV and movie binges. One month, binge everything on Hulu and pause your Netflix subscription. The next month, do the opposite.

As for the premiums like HBO and Cinemax, subscribe through Amazon Video for one month, watch everything you want to watch, then cancel for a while. If I can’t find at least 10 movies or 2 full TV series that I want to watch, I wait to resubscribe. I also no longer subscribe to watch something that will eventually go to Netflix (like Shameless).

Shopping with coupons is one of the easiest ways to totally waste money because they make you feel like you’re getting a deal on something that has a much cheaper version. For example, a certain laundry soap that costs like $10 regularly has a coupon for $2 off, so you buy it instead of the detergent that’s regularly $7. How much sense does that make? Unless we’re doing Common Core math, $7 is cheaper than $8!

While we all have our brand loyalties (there’s no good alternative to real Pop-Tarts and Oreos!), you’re so much better off just buying a store brand as often as possible. Generics aren’t what they used to be, and in many cases, they’re actually better than the brand name item. We love Great Value thin mint cookies, Archer Farms coffee, and Price Chopper pickles.

So, stick to using coupons only when it’s for a brand that you actually love.

Along with using coupons, “stocking up” because something is on sale has the potential to be a real money-waster, especially if you’re stocking up on perishables. I’ve thrown out more cereal than I care to admit because we just couldn’t eat it before it went stale.

Also, watch out for stores like Weis that make you buy multiple items to get the sale price. For example, “buy 6 qualifying items to get this price.” I always end up finding 4 items that I need, then buying 2 things that I don’t just to get the sale prices. I stopped when I realized that those two items cost more than I was saving overall. Now, I just go to a store that has a legit sale on an item (as in, buy this one item and get it on sale). There’s cheap, and then there’s cheap! If you think you’re saving money by buying the cheapest store-brand paper towels and toilet paper, try this: buy the semi-good stuff once and see how long it lasts compared to the cheaper stuff. You’ll find that you’re actually spending more money in the long run by scrimping.

Plus, let’s be honest: that store-brand TP feels like sandpaper on your sensitive bits! I have a shelf full of “emergency use only” toilet paper that I bought to save money but hated so much I vowed I’d only use it if it was the last roll in the house and a blizzard was stopping me from going out.

Now, I’m not saying you have to buy the most expensive brand, either! Most of the time, these products aren’t any better than the mid-range brand, they just have a larger marketing campaign.

If you need a suggestion for toilet paper, I highly recommend Amazon’s Presto! brand

. It feels like the expensive stuff, but costs a lot less. 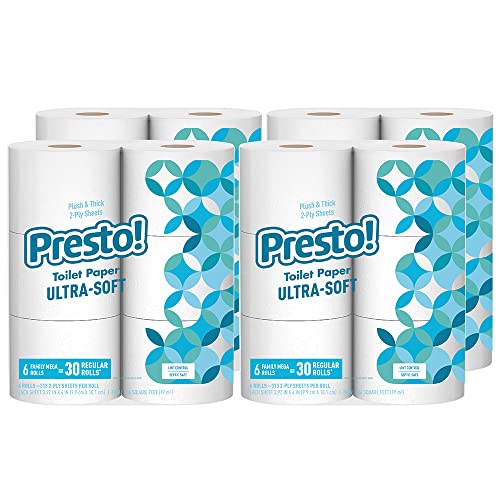 Again, when it comes to pet food, there’s cheap, and then there’s cheap. I’m not saying you have to buy the $100+ a bag super super premium pet food (unless you can afford it and want to, of course), but you also don’t want to buy the “bottom shelf” $10 a bag dog food, either. First, you have to feed your dog a whole lot more of the cheap stuff to fulfill their nutritional needs, so that $10 bag doesn’t last very long. Second, those cheap foods are loaded with crappy fillers that can actually lead to health problems in your dog.

You don’t necessarily have to go grain-free, though. In fact, although we thought for years that it was the only healthy diet for dogs, recent studies suggest that fillers in them are worse for your dog than a dog food made with grains.

Your best bet is to talk to your vet (but don’t let them talk you into prescription dog food, as there is NOTHING in them that requires a prescription).

8. Growing your own food

Gardening has so many wonderful benefits, from giving you a good workout to soothing your soul to putting pesticide-free produce on your table. However, unless you have a big family that eats salads 3 times a day, it’s not really a money-saver. My mom started gardening last year, and we spent probably close to $700 on supplies just for about $100 worth of produce. She was able to reuse a lot of those supplies (like the fencing and planters) this year, but she still spent a good $200 on soil in May and June alone.

The only way you’ll save money by growing your own food is if you have great soil right in your backyard. Otherwise, you’ll spend more on dirt than you’ll save at the grocery store. Also, unless you’re entering a “prettiest garden” competition, skip the expensive planters and just use 5-gallon buckets from Walmart or Home Depot.

9. Turning off the heat in rooms you’re not using

Turning off the heat in unused rooms sound like a good idea in theory, but it’s actually smarter to just turn it down. Why? Because you’ll use more energy (ergo more money) getting the room back up to above-frigid when you do want to use it.

I actually keep my room at about 50 degrees in the winter, then turn on a space heater for about ten minutes when I want it to be a little warmer. While space heaters aren’t always the best money-savers, they are better than my antiquated heating system.

I’ve had this one for about three years now and it’s fantastic. I don’t why it doesn’t have more stars! 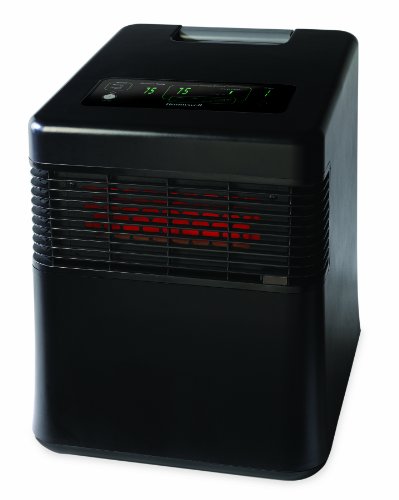 For those of us who have crappy water and can’t avoid buying bottled, don’t fall into the trap of assuming that you’ll save money by using a water delivery service.

I used a service (that ended up totally ripping me off, then sent me to collections because I refused to pay money that I didn’t even owe, but that’s besides the point) that cost me $7.95 per 5-gallon jug, plus the fee to rent the dispenser.

If you buy the jugs and dispenser yourself, you’ll end up spending a lot more upfront, but I suppose in the long run it could end up saving you money, once you recoup the cost of the jugs ($10) and the dispenser ($100+). Honestly, while it’s not the most eco-friendly advice, those 1-gallon jugs are a lot cheaper. I just buy a few, then refill them at the water fill-up station.

While there are a lot of other potential money-wasters out there, these are the top ten that come to mind because I’ve done most of them at one point or another! Take a good hard look at your budget and I bet you’ll find more (sorry, that sounds kind of bleak, but I think we all waste so much more money than we think we do).