Think your guy doesn’t want flowers for Valentine’s Day? You haven’t seen the Manly Man Company’ beef jerky bouquet yet! Trust me, he’ll want these flowers! (I mean, caveats apply and all, but if he likes beef jerky, he’ll want it). 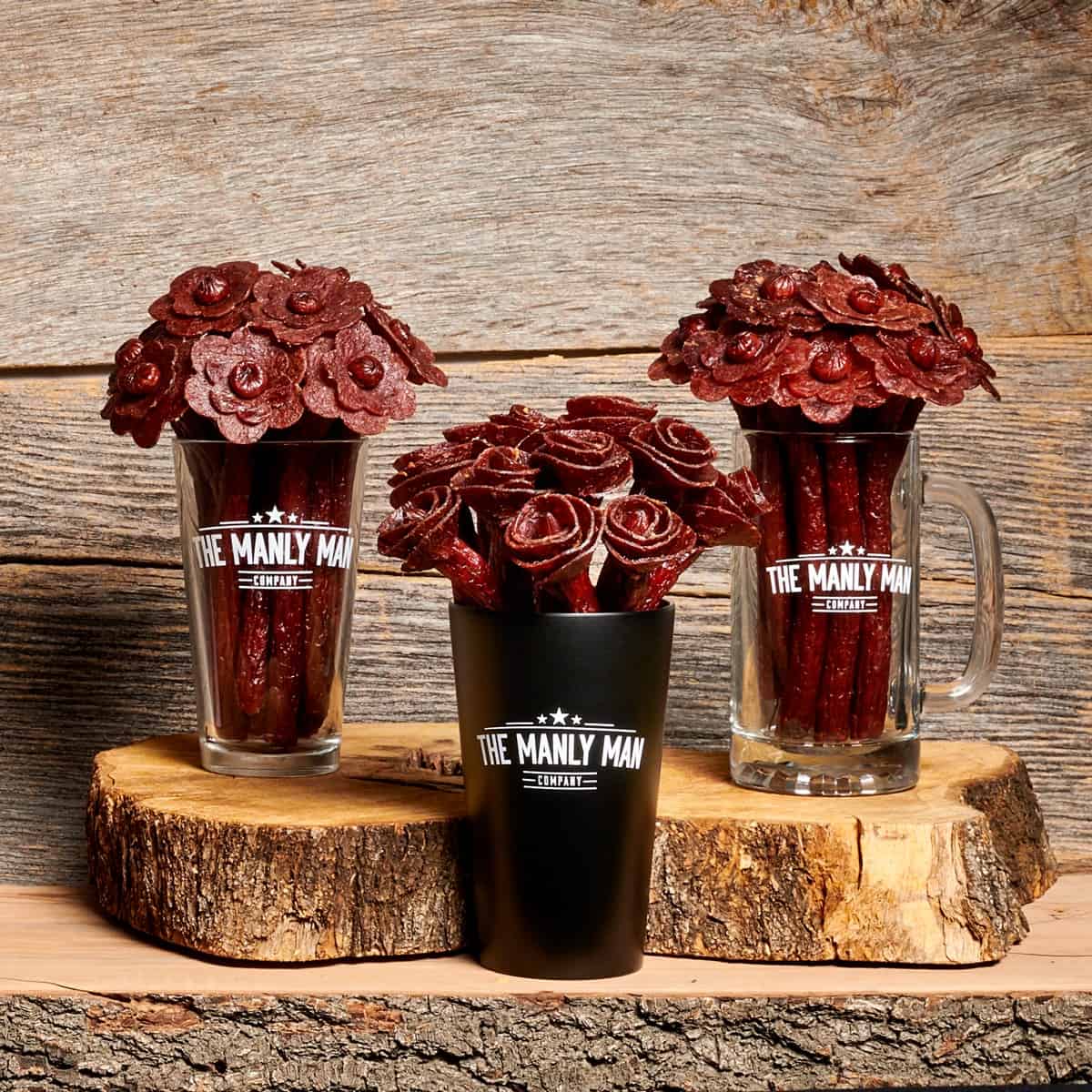 Full disclosure- The Manly Man Company sent me a bouquet of beef jerky flowers to try. I don’t eat beef, so I gave it to my son. I’ll share his thoughts in a moment.

Shopping for Valentine’s Day gifts for guys is freaking hard, especially when your “guy” is your 14-year-old son! I literally bought him everything he wanted (and then some) just over a month ago (he’s not spoiled, he only had like 5 things on his wish list). What the heck am I supposed to get him now?

I know Valentine’s Day isn’t really a major gifting holiday like Christmas, but I still like to give him a little something. I just didn’t know what! Fortunately, an email from The Manly Man Company gave me the answer: a bouquet of beef jerky flowers, or a man-bouquet, if you will. 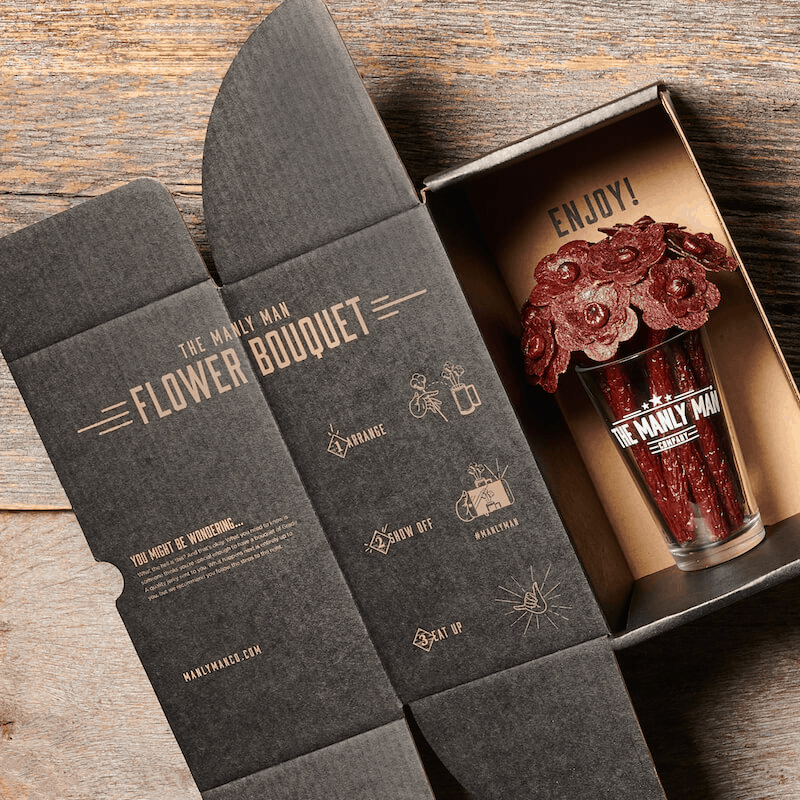 While I already gave it to him so I could get his thoughts on it (and thus still need an idea for the actual holiday), they can still be the answer to what to get YOUR guy for Valentine’s Day.

Quick note- my pictures aren’t half as good as the ones Manly Man Company gave me permission to use (my camera is old and my skills are far from professional), so I’m including both. Theirs are noted with a credit caption. 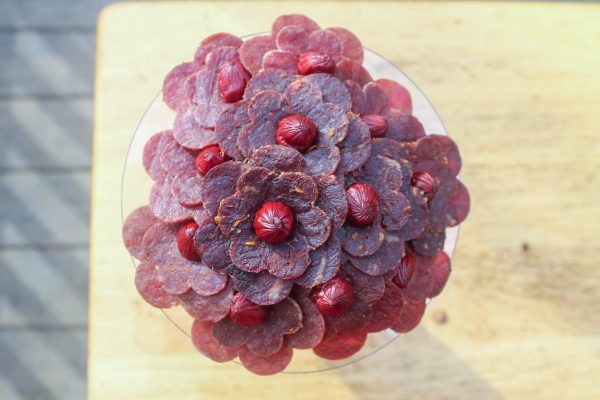 Aside from being among the more unique Valentine’s Day gifts from guys, Jake says the Manly Man Company beef jerky bouquets are also pretty darn tasty. He’s probably one of the pickiest eaters on the planet, so that’s  saying a lot. He actually said that it’s the best beef jerky he’s ever tasted, and as one of his favorite snacks, he’s tasted numerous brands.

Every part of the bouquet from the stem to the petals to the stamen (that thing in the middle) is 100% edible. The stem is kind of like a traditional stick of jerky, except apparently made with better ingredients. Think gourmet versus gas station jerky. It’s available in four varieties: Original, Hot, Teriyaki, and Mixed. 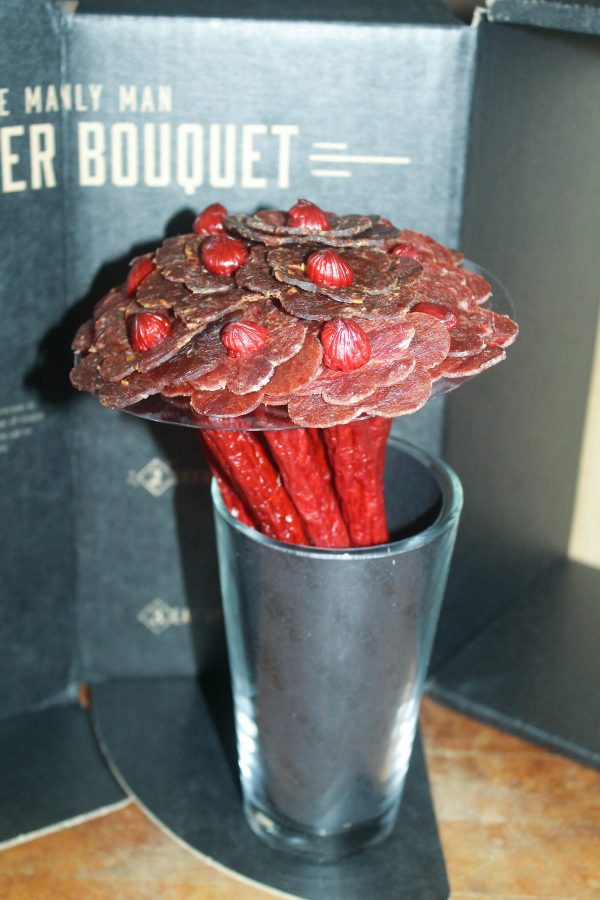 Your bouquet arrives in a stylish branded pint glass vase. Even the glass is premium! Heavy and sturdy, so a klutz like me has a significantly lower chance of breaking it. Your guy can reuse it for beer. MY guy will be reusing it for milk. 😉  All of this comes packaged in a handsome branded box that you can just hand over to your guy. 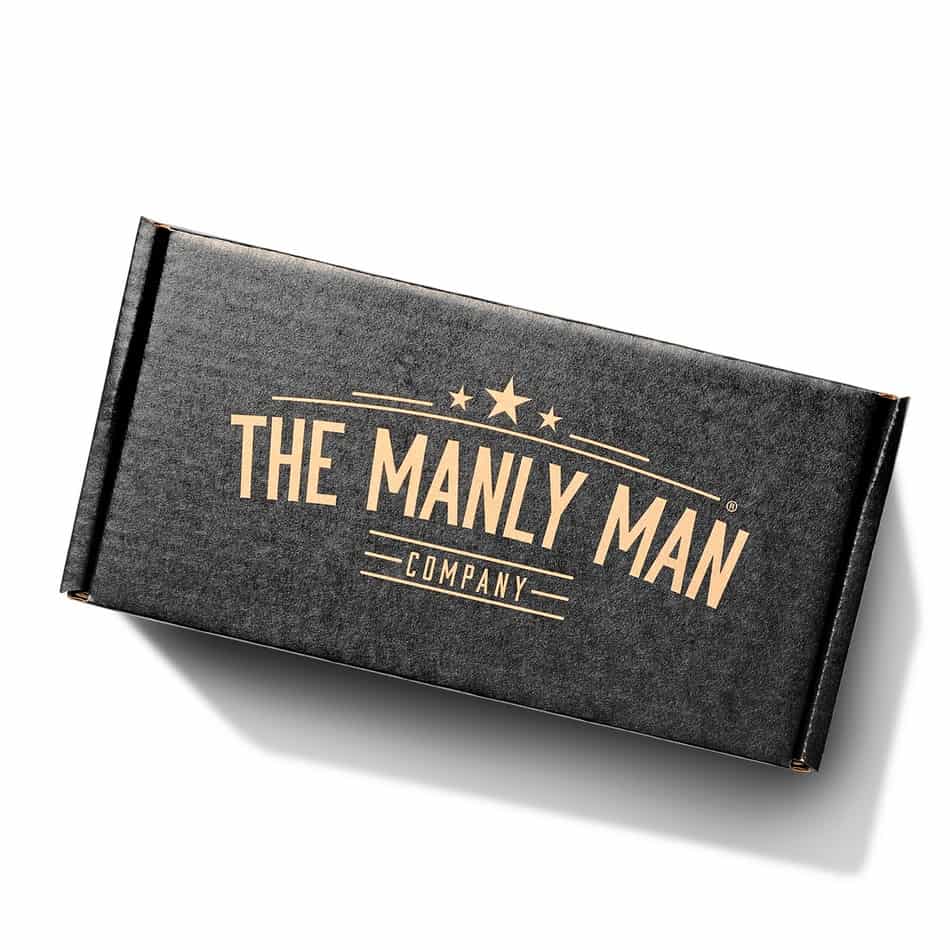 One of my favorite things about The Manly Man Company, it’s a US-based small business that’s partially owned by veterans. They also own  Awesome Gifts Co, which is like a gender-neutral version. Same great items, but without the “Manly Man” branding.

Now the bad news- quite a few of the beef jerky bouquets are already sold out. As of now, the dozen-sized Original appears to be the only one left (at least in terms of Valentine’s Day availability).

Don’t despair, though! The Manly Man Company has some other great gift baskets and individual products for guys. You can always grab him one of these awesome gifts now, then keep the beef jerky bouquet in mind for Father’s Day or his birthday.