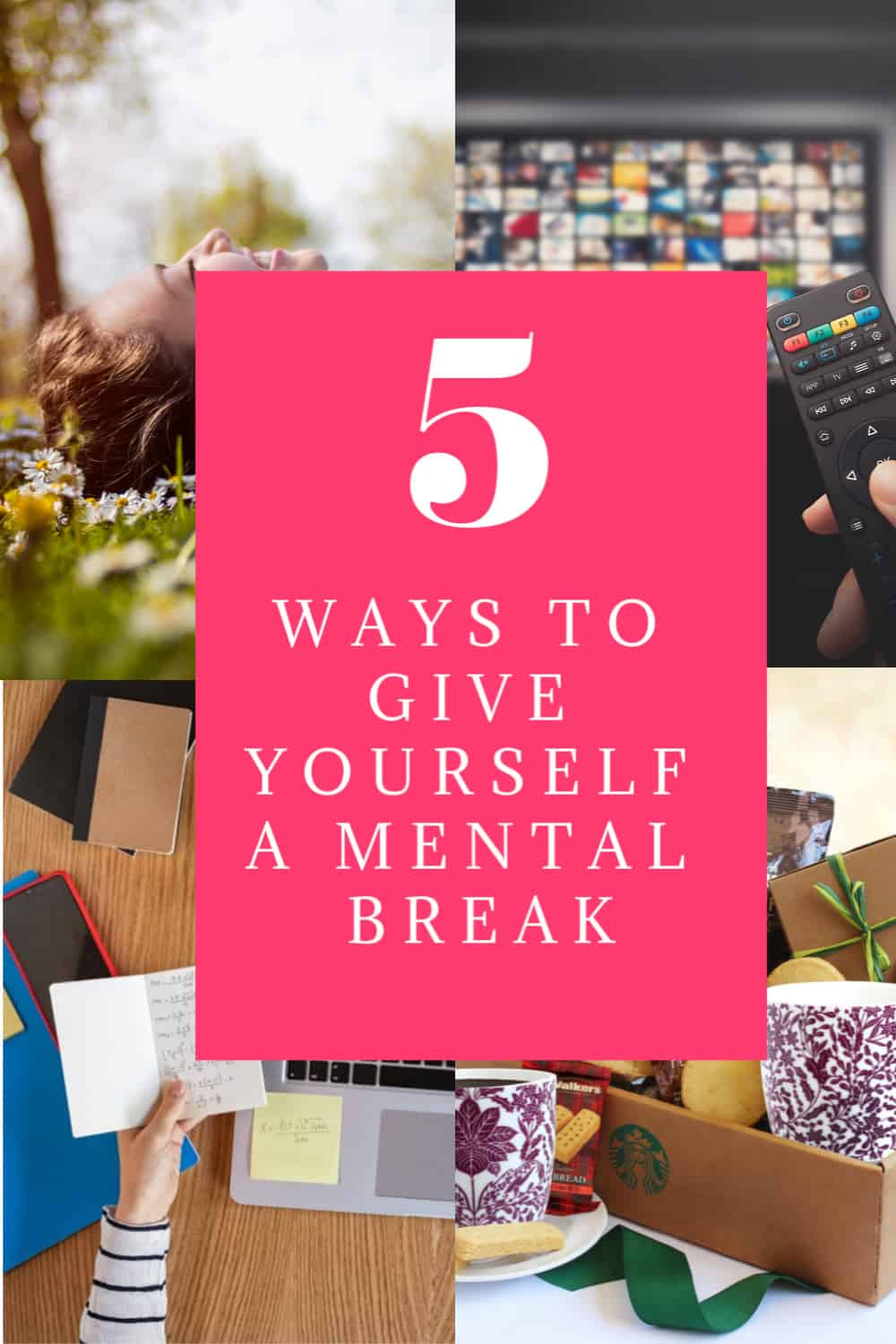 With so many stressors threatening to crush us under their weight, right now is the perfect time to give yourself a mental break…before your brain decides to just take one on its own. Take it from someone who knows, a mental breakdown will come at the worst possible time. These tips below have really helped me, so give them a try!

A couple of months ago, just about three weeks into “all this,” I actually had a mental breakdown. Panic attacks are a norm for me, but on that particular day my mind basically said, “I’m done. Peace out.” I spent hours crying and hyperventilating, followed by days of walking around in a complete daze.

Since then, I’ve started focusing more on self-care, something that’s always been challenging for me. I set specific rules for myself, like these below, and try my best to follow them. I still have my moments of abject terror and panic, but overall it’s really helped a lot.

First, stop calling them “guilty pleasures.” So what if you’re a 40ish-year-old woman who has watched The Vampire Diaries at least 5 times straight through? Ian Somerhalder is freaking hot (and he’s only 4 years younger than me). Sue me. Why should you feel guilty if you prefer to watch teenage supernatural dramas or funny time-traveling superhero shows rather than spending every hour staring at increasingly alarming news channels?

On the same note, it’s okay to save up your favorite stress-inducing shows for another time. I quit watching Criminal Minds because, while it’s a great show, it’s just too much for me right now. Instead, I’ve loaded up my queue with “low-stress” shows.  I just finished DC Legends of Tomorrow (trailer below, in case you’re interested), which is a lot less “dark and oppressive” than Arrow (also a good show). Now, I’m watching The Flash. Next up, Supergirl. All three are on Netflix.

If your idea of a good break IS watching documentaries about serial killers or reading non-fiction books, then by all means, go for it. If mindless entertainment is really all you can handle right now, though, that’s absolutely fine, too.

2. Allow yourself one major indulgence a month

With money tighter than it’s ever been for nearly everyone right now, it’s hard to justify spending cash on “indulgences.” I’ve spent the vast majority of my life struggling financially, and here’s a trick I learned- allow yourself one major indulgence a month. Now, by “major,” I don’t mean “blow your electric bill money on a sparkly new necklace.” Use common sense.

Coffee is my indulgence. After months of drinking cheap store-brand stuff (honestly, though, some of it isn’t too bad as long as you get bold roasts), this is my “good coffee month.” Along with some great roasts that I bought myself, I also got a wonderful treat from Jet Gift Baskets filled with Starbucks goodies, so that definitely made my month brighter.

Other “indulgences” for me included new Sims 4 game and stuff packs (I can’t afford a real dream home, so I just keep building virtual ones), books, and really good takeout wings from a local pizza place (Side note, why are wings so freaking expensive when they’re so tiny???).

Facebook was a major source of anxiety for me, so I gave it a major culling. I got rid of some awful people that were basically strangers. People I friended back when I played certain games, that “friend of a friend of a friend,” and so on. Then, I unfollowed a bunch of friends and family members that I don’t want to delete entirely, but also don’t want to see popping up on my newsfeed. Finally, I changed my “see first” settings and loaded it up with my favorite dog groups or people that align with my morals and ethics. I also spend a lot less time there overall. When I do pop in, it’s a more peaceful experience.

A couple of weeks ago, I realized that I complain a lot. Yeah, it took me 40+ years to come to this conclusion, but hey, at least I am acknowledging it now! All of my complaints are totally valid, at least in my opinion. I think it’s an unreasonable demand on yourself to stop complaining entirely. So, I came up with the “ten nice things” rule.

Basically,  I must say ten nice things each day before I can complain about anything. It doesn’t have to be to anyone in particular. I don’t even have to say them out loud. I just need to come up with ten kind words or compliments about something, THEN I can complain about whatever is ticking me off.

Here’s an example. Yesterday, I started my day by thinking how much I appreciate having good coffee on hand thanks to my Starbucks Coffee and Cocoa basket (pictured below). Then, I complimented a fellow blogger on a major achievement, a friend’s picture of her new puppy, and so on. When my neighbors began their nightly barrage of fireworks after 11PM (which is even worse than usual because of the 4th this weekend), I had plenty of positive things “banked” to balance out my complaints. 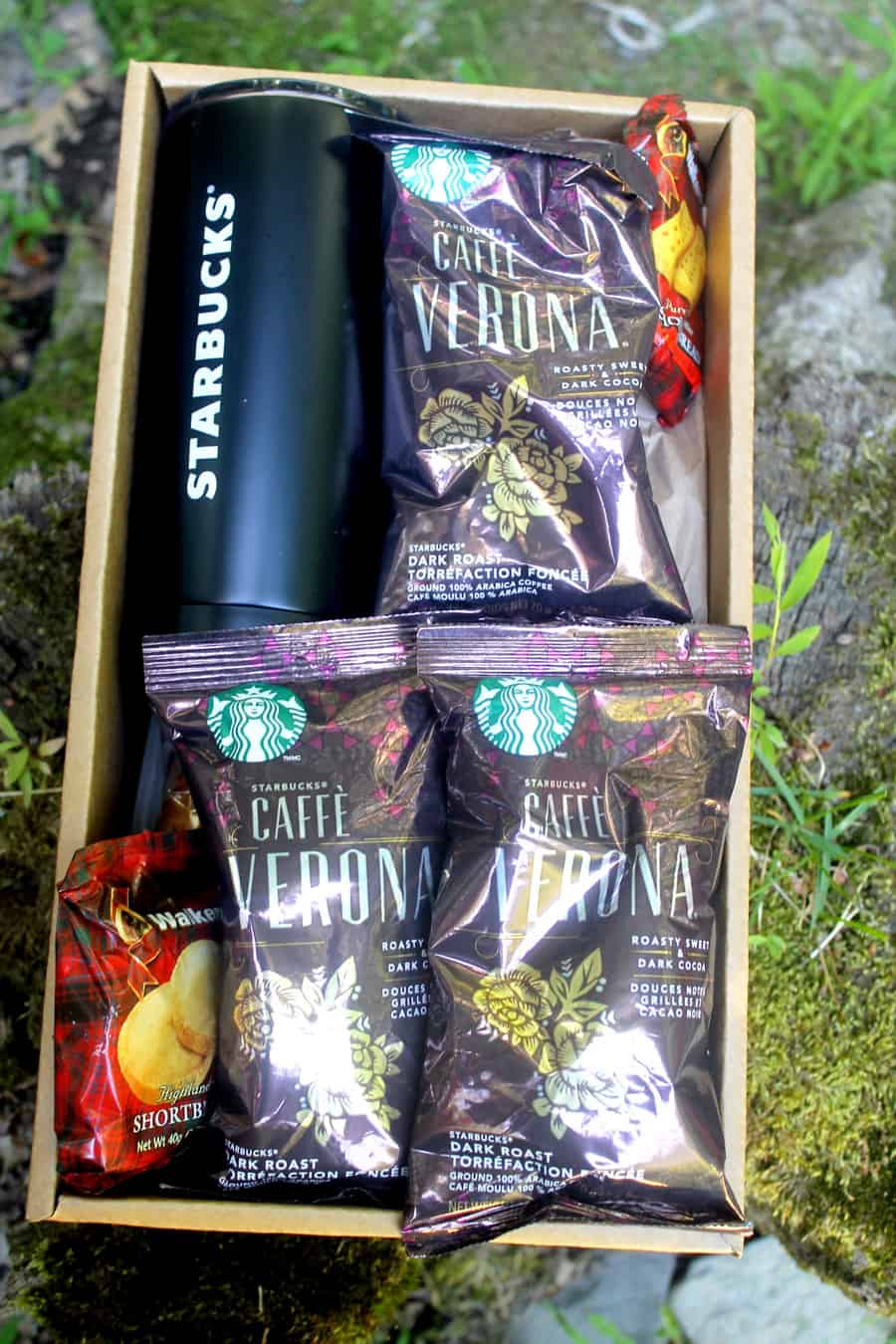 5. Stop putting so much pressure on yourself to be productive

Back when everything started, I saw an absolutely awful meme going around that made me want to scream at people. It basically insinuated that if you didn’t accomplish a major goal during the lockdown, you didn’t just lack time in the past, you lacked discipline. Excuse me??? So, what you’re saying is that if I find it difficult to write a novel right now, it’s because I’m a lazy sod and not because the world is literally and figuratively falling to pieces. You know what I say to that? It’s not nice, I’ll tell you that!

Look, just because you’re spending more time at home doesn’t mean you’re lazy if you don’t declutter your garage, write that epic novel, or heck, even clean out your email inbox. It’s perfectly okay to spend exactly as much time as you have to being just productive enough to keep a roof over your head, then spend the rest of your days building dream houses for your Sims. I promise, it’s okay.

Saying that 2020 has been rough so far is the understatement of the century, and it’s only half over. If you don’t take the time to give yourself a mental break now, trust me, your mind will do it for you later. The last thing you want is to find yourself bawling in the middle of the ice-cream aisle because a Rocky Road shortage was the proverbial last straw. Be kind to yourself, be kind to others, stay safe, and stay sane.

How are you focusing on self-care throughout this challenging year? Share below.