Over 600,000 People Go Missing Each Year. Here’s Why You Should Care About THIS One.

Over 600,000 people go missing every single year in the US. Not only is that just plain tragic itself, but it makes it really hard to get people to pay attention when it’s someone you love. My best friend Dana Smithers vanished without a trace on Memorial Day weekend. So far, the vast majority of media outlets are just rehashing the info on the missing person poster, which makes it a bit hard to get people to connect with and care about THIS missing person.

The more you know about a person, the more you care about what happens to them, and the more you talk about them. I’m pretty sure that’s a scientific fact. The more you talk about them, the more the media pays attention. And, as anyone who’s spent even five minutes researching how to find a missing person can tell you, the one thing you NEED the most is for the media to pay attention. So, let me tell you about my friend and why I care so much that she’s missing. Give me the opportunity to make YOU care as much, too. 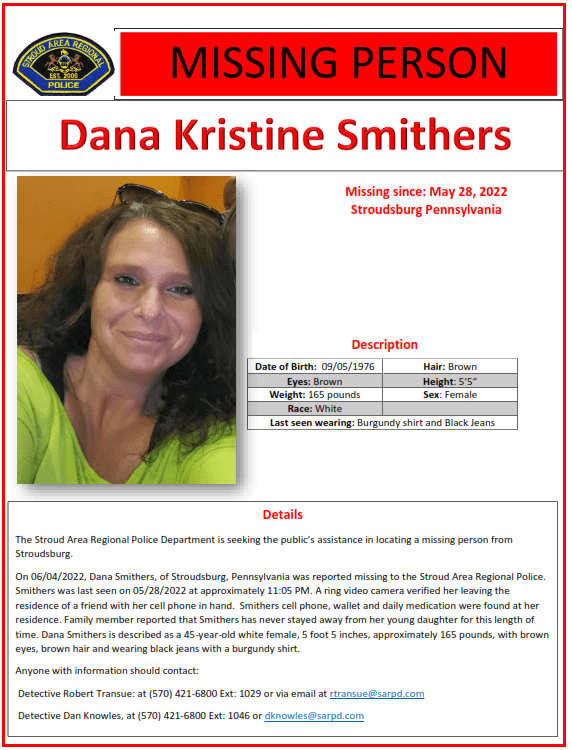 Over 600,000 People Go Missing Each Year. Here’s Why You Should Care About THIS One

I met Dana back in 2002 when I took over managing the local Santa photo set in our mall. She was the very first person I ever interviewed. She showed up late with her two young kids trailing behind her. I still hired her on the spot! She made me laugh, and she was just so easy to talk to (and I’m very shy & terrified of most people in general, so that’s saying something).

Dana worked for me and with me for 12 years at that set (every Christmas and Easter). I’m not gonna lie and say she was the easiest employee from an managerial standpoint. She was ALWAYS late. Always. 😀 But the customers loved her, and she could sell any picture to anyone. We used to laugh because no matter how a picture came out, she’d gush, “Oh, that’s beautiful! That’s the one!” I mean, the kid could have his eyes shut and Santa could be looking in the complete opposite direction waving at a passerby, but she’d gush about it and the parents would buy it (literally and figuratively). Honestly, though, she made the job fun and I couldn’t have done it for as long as I did without her.

That first season, we were mostly just work friends. In fact, it probably wasn’t until more like our third season together in 2004 that we became really close friends, when I finally got pregnant with my son (after almost 6 years of trying). The day he was born was probably the scariest days of my life. I developed preeclampsia and the local hospital didn’t have a NICU at the time, so they shipped me to Lehigh Valley about 45 minutes away. My mom was a wreck and couldn’t drive. So, Dana drove her car while another friend drove down in his. They both sat there with me at the hospital for as long as they could, then she drove back with him.

Jacob spent 12 days in the NICU in Lehigh Valley, but due to my ongoing health issues, I had to come back home to my doctors here. Dana drove me all the way there and back regularly so that I could be with him. When he came home, he had to see specialists (along with being a preemie, they also broke his arm getting him out, so he needed a special ortho doctor). Dana took me to every appointment, no matter where it was or what time I needed to be there.

When I went back to school when Jake was 2, Dana used to babysit him. At the time, Jake had major food aversion issues. Getting him to try any new food was kind of like what I imagine pulling teeth from a rabid alligator would be like. Yet, for some inexplicable reason, Dana just had to hand him something and he’d eat it.  She bought him his first tricycle, and it was like the [insert whatever car is fancy these days] of trikes at that! She took his first picture with Santa.  She was there for his first Halloween (in fact, for ALL of his Halloweens up until he decided he was too old to trick or treat). For his first trip to the ocean (in fact, she took us). His first time at Hershey Park. His first birthday (and his 2nd, 3rd, 4th, 5th, all the way up until he stopped wanting birthday parties). New York City. The zoo. Water parks, theme parks, carnivals and fairs. Kalahari, Camel Beach. So many places, so many fun times. My son thinks of her as his aunt. She’s always treated him like a nephew. 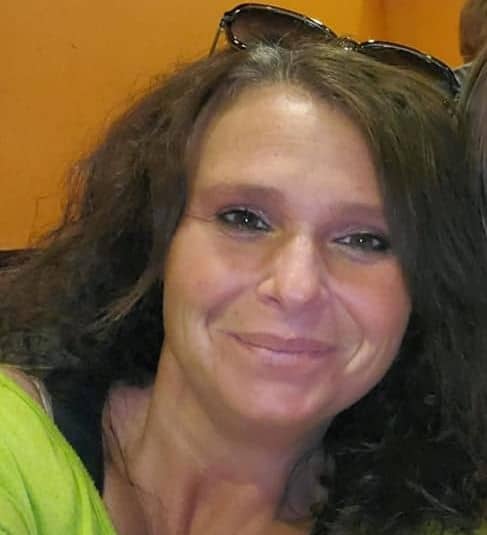 At this point, you’re thinking, “So what? She sounds like any best friend. Heck, she sounds like MY best friend. What makes her so special? Why should I care about this missing person compared to the 599,999 others?” Well, first, I’m not saying that you should care more about her than them. EVERY missing person has loved ones with stories just like this, and every last one of them deserves our attention. But here’s the thing about Dana: all of those things that she’s done for me over the years, she’d do for any one of you.

See, Dana truly cares about people. Friends, family, strangers… it doesn’t matter. People matter to her, plain and simple. If you need help and she’s anywhere within the vicinity, she’ll go out of her way to be there for you. Literally out of her way. When we worked at the mall together, if someone needed help finding a store she didn’t just give them directions, she actually left the set and took them there. If someone showed up late and wanted a picture, she’d keep the set open for them. Drove me NUTS as her boss, but it made me adore her even more as a person.

If YOU were missing, you better believe she’d be sharing your poster everywhere with everyone. She would do everything she could to help bring you home to your loved ones. PLEASE do the same for her. Look, I know I’m nobody to you. I’m just a girl with a blog, some chick on the internet. But she is SOMEBODY. She’s a mother. A sister. A daughter. A grandmother. A FRIEND. So please, care about her. Please, share this. You don’t even have to share my post if you don’t want to. Take whatever you want from this or my other more “official” post and share it however or wherever you want. I linked to every story I could find on her, so heck, share one of those if you prefer. Just PLEASE care. Because the more people who care that she’s missing, the better chance she has of making it back home. Thank you.