7 Premium WordPress Plugins That Are Actually Worth Your Money

With literally thousands (maybe even millions!) of free options out there, it’s hard to justify dropping hard-earned cash on paid WordPress plugins, especially when some of them can run you hundreds of dollars a MONTH! Sure, some of them are worth it if you have a massive budget and make a boatload of money from your site. For the rest of us, though, dozens of pricey plugins can eat up the small amount of money that we earn from our blogs.

For the most part, I stick with user-friendly free WordPress plugins. However, there are a handful of affordable premium options that I feel are TOTALLY worth the money. Check out in-depth reviews of my top 3 favorites, then read on for “mini-reviews” of others that I either use myself or on client websites.

*This post includes affiliate links, so I get a small commission if you buy through them. I’m only recommending plugins that I actually pay for myself or use regularly on client sites.

These first five are currently installed and active on my site. If you want proof, you can see for yourself by right-clicking and selecting “view page source,” then searching for each one. The only one that doesn’t show up in my source code is ShortPixel. I don’t know why. Anyway, on with the show!

RankMath is the ONLY SEO plugin I’ve ever felt was worth paying for. EVER. See, I’m not one to bow down to the Google gods, so I don’t really put a lot of effort into SEO. I know, that’s an unpopular thing to say, but I write for me (well, and you), not for a search engine.

Still, there are a few posts here and there (like this one) that I put a bit more effort into in terms of SEO. Not so much because I want Google to like me, but because I feel like I have something of value to add to the topic and if I want anyone to see it, I have to play they’re game.

Of course, it’s hard to play the game when you don’t pay attention to the rules, right? RankMath is like having a real SEO coach (not a self-proclaimed “guru,” but a genuine coach) right on your sidebar at all times! Here’s a peek at what I see when I glance to my right (the score is still low because I’m not done):

RankMath Free Vs. Pro (and why you actually WANT the Pro)

I’m actually planning a longer review of RankMath free vs. pro because there’s just so much to say about it. For now, though, here’s a quick rundown.

The free version of RankMath comes with a TON of cool features, including many that are only available in paid versions of popular alternatives like Yoast. Without paying a dime, you’ll get things like:

With the Pro version, though, the list is A LOT longer. You can check out the complete comparison here. Below are just a few of the 70+ features that I use the most:

How much does RankMath Pro cost?

They have two premium levels:

You can put the Pro version for individuals on all of your personal sites without paying for each one. Just keep in mind that the 500 tracked keywords is cumulative and not per site.

I’ve seen a lot of affiliate plugins in action on my clients’ sites, but AAWP (that stands for “Amazon Affiliate WordPress Plugin”) is the only one I decided to invest in for my own.

If you’ve ever seen those Amazon product boxes, tables, or lists on my other posts, this is how I do them. Haven’t seen them? Here’s an example (it’s a random item from my teenager’s wishlist): 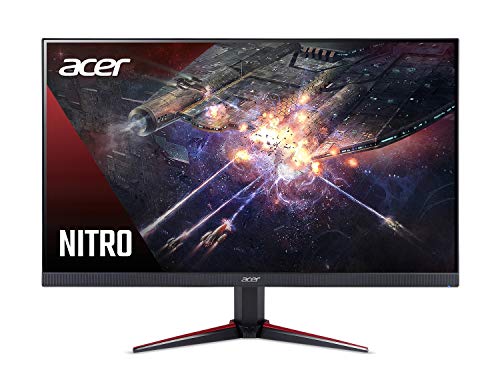 Creating it is as simple as copying and pasting the Amazon ASIN number into a little bit of shortcode. I have an AAWP shortcodes text document (if you want it, click that link, I uploaded it for you) that I keep on my desktop, so it literally takes like two seconds.

That little box isn’t the only thing you can make with AAWP, though. Let’s look at the other features that make it worth your money.

Features that make AAWP worth the money

Like Rankmath, there are way too many nifty features to fit into a roundup-style post, so I’ll just highlight a few of my favorites.

How much does AAWP cost?

A lot of paid WordPress plugins for affiliate links cost so much that you’d have to make a boatload of sales just to recoup the fees.

AAWP costs about $58 (actually, 49 Euros, so it depends on the exchange rate) for the first year. I pay half of that each additional year (something like $23 USD), but I don’t know if they still offer that deal, so for now assume that it’s $58 per year.

Of all the things that can slow down a website, images are among the biggest offenders. Super large images can really slow down your site. Sure, you can optimize each image BEFORE you upload, but I forget to do that like 99% of the time. It’s A LOT easier to just install a good image optimizer to do the work for you. Enter ShortPixel.

I actually bought ShortPixel through a lifetime deal on AppSumo. I get 5,000 credits a month through it and haven’t needed to buy more. As you can see below, to date, I’ve saved 1.7 GB of space and 16.62 TB of bandwidth by using ShortPixel.

What makes ShortPixel worth the money?

ShortPixel only does one thing- optimize images- so the list of features isn’t as long as the other plugins on this list. Here’s a quick overview of what it offers:

1. Credits DO NOT roll over if you’re on a monthly or lifetime plan.

Use them or lose them. If your monthly plan gives you 5,000 and you only use 20 because you were on vacation and didn’t post a lot that month, you lose 4,980 of them.

I recommend NOT doing bulk image optimization (see the 3rd drawback below). Instead set aside an hour at the end of each month to go through unoptimized images and manually optimize them.

If you buy a one-time credit pack, though, they’re yours forever.

2. One image can cost you dozens of credits

WordPress creates at least three for every image. Your theme may create even more. So, with “apply compression to thumbnails” turned on, you’ll burn through up to dozens of credits with one image alone.

I have mine set up to create a WebP version and optimize just three different thumbnail sizes. Each image costs me 6 credits.

How much does ShortPixel Cost?

ShortPixel has a bunch of different plans, including one-time fees and monthly subscriptions. The cheapest monthly plan is $9.99 for 10,000 images. Remember, those don’t roll over. So, if you only post sporadically on your site, you may just want to go with one-time packs.

There’s no limit on the number of sites you can use it on. You’re paying for credits. How you choose to use those credits is up to you.

While the three above are my “must-have” paid WordPress plugins, I do pay for a few others that I like well enough. I’m kind of running out of brainpower for this post, so I’m just going to do mini reviews for the rest.

Grow Social Pro by Mediavine is a great premium plugin if you like to have more control over what gets pinned on your posts when someone hits the Pinterest button.

Along with basic features that you’ll find in any free social sharing plugin, Grow lets you set custom images and descriptions for Pinterest and Twitter. You can also add hidden images so you’re not cluttering up your post with a bunch of Pins. It costs roughly $35 a year.

WP Rocket is the only caching plugin I’ve ever felt was worth paying for. It’s easy enough for beginners to use but has plenty of advanced options for those who are a bit more comfortable tinkering around with settings. The initial annual fee is about $50 for a single-site license, then $25 for each year after that (as long as you don’t cancel it).

I don’t really use this much anymore because I rarely send out newsletters. My own inbox is flooded with newsletters that I was coerced into signing up for to get some sort of “freebie.” I delete 99.9% of them, so I find creating them a waste of time.

That said I do sometimes use Bloom to slide in a signup form, though, for those who may be interested in actually hearing from me on the very rare occasion. It’s the easiest way I’ve found to create pretty (and, depending on which settings you use, non-intrusive) newsletter signup boxes.

It’s part of the Elegant Themes family, so you can’t just buy it on its own. If you ONLY want Bloom, the $89 a year is too much. However, if you’re planning to use Divi or Extra for your theme, it’s worth it. Actually, I’d just invest the $250 for a lifetime membership. That’s what we did.

This is the only one of these paid WordPress plugins that I haven’t used on my own site. I’m the editor of a site that uses it, though, so I have a lot of experience with it. While it’s too expensive for my budget ($29 PER MONTH PER SITE, compared to AAWP’s $58 per year), Lasso is great if you want to create pretty boxes for non-Amazon affiliate programs. It does have limitations, though. You can’t make tables with it, for one thing. It’s also a bit buggy at times. They offer a 14-day trial, so you can give it a try before committing.

Let’s quickly go over how I decide whether a paid plugin is worth the very little extra cash I actually have.

Remember, like 90% of the time you can totally go with free versus paid WordPress plugins. For those times that you can’t, though, at least you’ll know how to decide which ones are worth your money.