Mom’s Fidget Spinner Meme Blows Up the Internet & I Knew Her When! 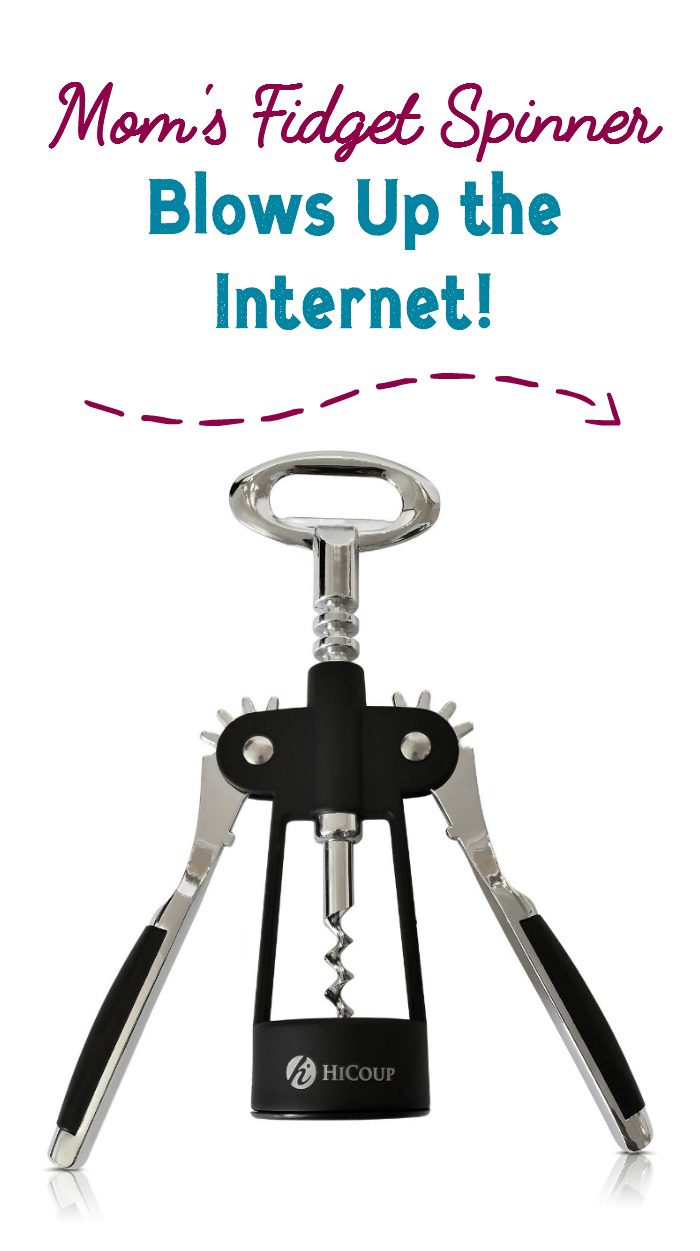 I am SO FREAKING PROUD of Kristy for blowing up the internet this morning with her Mom’s Fidget Spinner post on her Facebook page, On My Kids Plate. Most of you know Kristy from all of her awesome posts here, like her massively cool series of adult coloring books. Did you know, though, that she also creates amazingly fun snack ideas for kids on her Instagram page? If you’re one of the few left who hasn’t seen her viral post, check it out: Now, she’s an internet sensation, thanks to her super clever yet simple video of mom’s version of a widget spinner, a wine corkscrew! FYI, the wine in the video is a Sauvignon Blanc from Trader Joe’s, and yes, she drank the wine after making the video! 😀

Just how popular is Mom’s Fidget Spinner? Well, it’s so popular that it wasn’t even live for 24 hours before someone turned it into a t-shirt! Seriously! A t-shirt! The shirt comes in 5 colors, so grab your favorite and tell the world that while the kids may have their own fidget spinners, you’ve already had yours all along, too!

The post has been shared over 400,000 times (and still climbing) and has over 17K reactions! I’m just SO excited for her! I’m also inspired by her. As bloggers, we get frustrated so often because we feel like nothing we do ever takes off. Seeing Mom’s Fidget Spinner blow up like this reminds us that sometimes it just takes one clever idea to get things moving for us. In a world where memes rule supreme, it also proves that we all have a shot at gaining fame just by putting ourselves out there for a minute. The next time you have an idea, even if you think it’s just a random silly thing that no one will pay attention to, go for it! Put it out there and see what happens!

Head on over to On My Kids Plate to check it out and give her page a like for more fabulously fun posts like this. Trust me, Kristy isn’t a “one trick pony,” she’ll come up with something just as clever to wow the internet world again! You want to be there when it happens!

Want to read more of Kristy’s posts? While I love everything she writes for me, check out a few of my favorites!

Have you seen Mom’s Fidget Spinner pop up on your feed yet? What did you think of it?